Oak Park government buildings are no stranger to green initiatives. In 2003, the Oak Park Public Library became the first village building to have a green roof. The village of installed a plastic tray grid system in 2007 as part of its new LEED-certified Public Works building at 201 South Boulevard.

In 2016, the Public Works Center became home to a colony of honey bees. The village brought in specialists to teach classes and train village employees on proper beekeeping practices. The program was deemed a success and plans for another colony at Village Hall were rolled out in July. According to the Village of Oak Park’s website, these two new hives will eventually house about 90,000 industrious honeybees. Plans for the honey yield are still being reviewed but it is likely that the honey will be donated to the OPRF Food Pantry.

The goal of this now expanded project is to foster educational opportunities and encourage safe beekeeping practices. Bees are arguably the world’s most important pollinator of food crops as about one-third of the food we consume relies on pollination mainly performed by bees. You don’t need an animated bee version of Jerry Seinfeld to underscore that significance.

Oak Park property owners can establish up to two honey bee colonies as long as the apiaries meet specific code requirements. For more information on beekeeping in Oak Park, call 708.358.5480 or email health@oak-park.us.

Who knew something so buzzworthy was happening at the same place you begrudgingly pay parking fines? 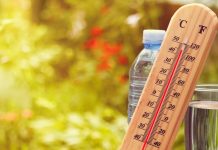 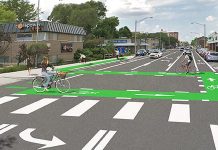 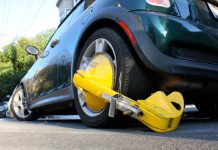