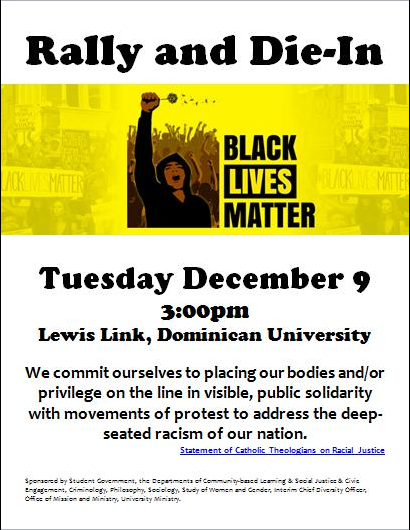 On Tuesday, a number of Dominican University Students rallied together and staged a “Die-In” in the wake of the recent racially charged media eruptions surrounding the Ferguson and Michael Brown stories.  A student by the name of Berto Aguayo spread the word via social media Tuesday night which seemed to have the support of the University.

Many cities, organizations, universities and groups have been conducting similar scenes as we all took notice on December 5th as protestors laid down on Lake Shore Drive in downtown Chicago, bringing traffic to a halt.

Hopefully this rally remains peaceful and no arrests occur.