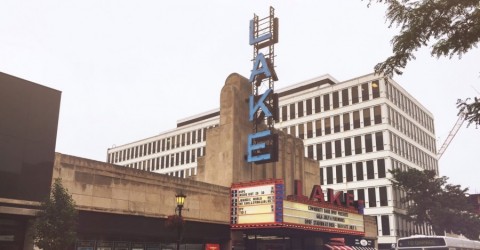 To kick off the first month of fall (or the end of an extended summer season), the First Tuesday Film Club will be showing the Swedish comedy “The 100-Year-Old Man Who Climbed Out the Window and Disappeared” (rated R, 114 minutes). The international film will show Sept. 1 at 12 p.m. and 7 p.m. at Oak Park’s Lake Theatre. Tickets are $6 per person for matinee/seniors and $8.50 for adults in the evening.

This comedic Swedish film was based on the internationally best-selling novel by Jonas Jonasson. It also won a Chicago International Film Festival Audience Choice Award.

“The 100-Year-Old Man Who Climbed Out the Window and Disappeared” tells the unlikely story of Allan Karlsson, a 100-year-old man stuck in a nursing home who decides it’s not too late to start over and takes the adventure of a lifetime. In short, he decides to leap out of a window on his 100th birthday.

This unexpected venture is not his first, but one of many instances where he made the world wonder about where he went and what he was thinking. Now, Allan Karlsson is on the loose once more.