One of the best parts about the Oak Park community is the diversity. At Around Oak Park, we encourage you to get to Know Your Neighbors, like Dima Ali.

An Iraqi immigrant and Oak Park resident, Ali has taken it upon herself to raise awareness about the way that immigrant families have been treated this year. She has raised over $7,000 in the past few months for charities working on the front lines along the border as well as local charities in the Chicagoland area. I had the pleasure of chatting with Dima about her experiences and what has led her to so passionately advocate for others.

Kelly Darin for Around Oak Park
Can you tell me about your story and where you grew up?

Dima Ali
I was born and raised in the Iraq capital, in Baghdad. I lived there all of my childhood and into adulthood and I immigrated here more than 15 years ago.  I haven’t set a foot back there because I don’t feel safe. I don’t want my kids to see death and the ruins. In my mind, I want to take them to my old school and show them, but it is destroyed.  Or my old neighborhood, but it no longer exists.

AOP
You recently became a citizen of the United States.  What was that like for you?

Dima
It was a joyous, joyous day.  It took us so long to get there. It’s meant a lot to me… I was crying the whole ceremony. I am still Iraqi after all, but this is my home now.  This is my new home and I have to fight not to move away from this home and not to let this home be destroyed.

AOP
What made you start activism work?

Dima
My first act of activism was the night after the election (in 2016). It felt like the roof of my house was cracking over my head that day. For me, that was a huge hit to my existence here.  Sure enough, after a few months the Muslim ban happened and I kind of lost it. I started speaking out publicly. It’s interesting when people listen to you because they have never before met a real-life person who came from Iraq, who has lived through the way.  When I speak, I speak from the heart, but the details are hard to swallow. I don’t plan to stop anytime soon. I won’t be silenced again.

AOP
You’ve raised a lot of money for immigrant families. What inspired you to do that?

Dima
It’s some sort of payback for me.  These people we are helping, I was in their shoes. I of all people understand what’s going on.

AOP
What has the local response been to your fundraising?

AOP
On a much lighter note, what is your favorite thing about living in Oak Park?

Dima
I love that I can walk to parks.  I feel at home here. I love how diverse it is! The food is great and it is a great little village that is close to the city, but away from the hustle and bustle of everything.

Dima Ali is currently raising money for a mother who was detained and separated from her teenage son a few months ago. She was released on bond, but with only a small plastic bag with the belongings she has left. If you would like to help, you will find that fundraiser by tapping or clicking here.

If you are interested in being featured in a Know Your Neighbors article, email aroundoakpark@gmail.com and include your name & a brief summary of your story. 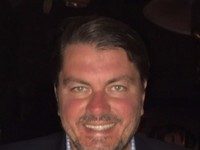 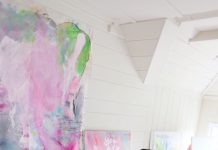 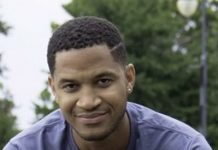