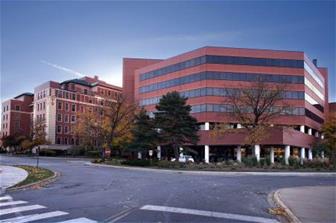 A 45-year-old man who was shot in the arm walked himself into the West Suburban Medical Center, 3 Erie St., Oak Park, according to reports.

The shooting occurred at roughly 8:39 a.m. this morning (April 21) in the western Chicago neighborhood of Austin. The wounded man was able to get to the hospital on his own power, where hospital staff eventually brought him to a stable condition.

Police say the victim was shot on the 1100 block of North Leclaire, almost two miles away from the location of the hospital. According to the Sun Times, this shooting came nearly nine hours after a slew of shootings that took place on Wednesday (April 20), which left 16 people wounded.

It is unclear how the man received the gunshot wound, but the injury suggests that he was not able to inflict it upon himself. Police are currently investigating the matter to determine if the incident is gang-related.