Novo Restaurant and Wine Bar, an American bistro with a chef-driven menu and extensive wine list, will be the newest addition to Oak Park’s dining scene when it opens in January.

The new bistro is located at the former site of Klay Oven (734 Lake St.) and will be run by Ellen Svejcar and Neb Mrvaljevic, the former owners of Forest Park’s House Red Vinoteca, which closed in the spring of 2015. 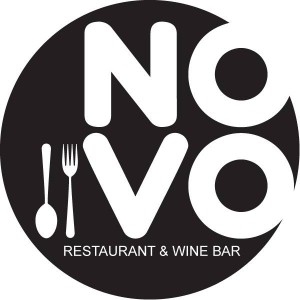 House Red was well-liked and maintained a sterling reputation in the communities of Oak Park, River Forest and Forest Park, but shut down operations after the building lease expired. “We were kicked out, basically,” said Mrvaljevic in an interview with the Tribune.

The opportunity to open a new business has created a lot of buzz around the community and in the owners. “I always wanted to take House Red to the next level,” Mrvaljevic said. Following the success of House Red, the Oak Park Economic Development Corporation announced that it will support Novo when they encouraged Mrvaljevic to utilize the former Klay Oven space.

Following the success of House Red, the Oak Park Economic Development Corporation announced that it will support Novo when they encouraged Mrvaljevic to utilize the former Klay Oven space. Novo will be 1,700 square feet with an exposed ceiling and brick. The atmosphere is said to be casual but refined, according to Mrvaljevic.

Devon Owens, former Executive Chef at House Red, will run the kitchen. Customers can expect to see a similar menu to the former restaurant with even more options. From a pricing perspective, appetizers and wine average $8-$12, entrees will be $15-$30 (with more upscale choices), and cocktails will be $10-$12, according to Mrvaljevic.

Novo has not set the date for when the restaurant will be officially open, but the target is set for January 2016. For information, visit novoeaterybar.com.