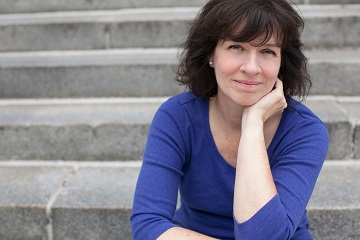 Former Hemingway Birthplace Home writer-in-residence Annette Gendler is sharing her memoir-writing expertise with workshops in Chicago on June 20, 24 and 27.

The “Shaping Family History into Compelling Stories” workshop will take place June 20 and 27 at 7 p.m. at The American Writers Museum, which opened May 16 at 180 N. Michigan Ave. Gendler will be one of the first writers to lead a forum at the highly anticipated gallery focused on the evolution of literature in America.

“I feel honored to be teaching one of the first workshops at The American Writers Museum and helping it become a go-to destination not only for learning about America’s great writers but also for fostering America’s next generation of writers,” said Gentler.

Gendler’s additional workshop titled “The Art and Craft of Memoir” will focus on how to write, sell and market your own memoir. The Oak Park author will be leading this seminar on June 24 at the Congress Plaza Hotel, 520 S. Michigan Ave.

Gendler’s memoir, “Jumping Over Shadows,” follows her relationship with a Jewish man named Harry in 1985 Germany. The story follows the couple as they overcome tensions in their respective families’ past after journeying to the United States.

“In this extraordinary work, Annette Gendler illuminates the borders and meeting points between Judaism and Christianity, Germans and Jews, American Jews and Israeli Jews,” said author Yossi Klein Halvei. “Writing with eloquent precision, she reminds us why converts to Judaism are among the most precious gifts to the Jewish people.”