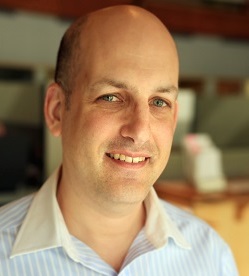 Oak Park has named interim CFO, Steven Drazner, as the new top finance post for the Village, according to an announcement from Village Manager Cara Pavlicek.

“Steve’s extensive experience and proven track record with the Village made him the ideal choice to fill this important role,” Pavlicek said. “He quickly implemented important process improvements as interim CFO. We were fortunate to have had someone of Steve’s abilities already on staff when the CFO position came open. Appointing him to the role permanently was an easy decision.”

Drazner joined the Village government in August 2015 as Deputy CFO and later assumed the position of interim CFO in March 2016 following the resignation of Craig Lesner, who served as top finance post of Oak Park for nine years, according to a news release from the Village.

“Working for the Village of Oak Park as deputy and then Interim CFO has allowed me to expand my experience and hone my skills in a wide range of municipal finance areas,” Drazner said. “I am honored that the Village Manager thought enough of my work in an interim capacity to offer me the CFO role. I look forward to the opportunities that lie ahead.”

Drazner, an Illinois Certified Public Accountant, has served as Assistant Finance Director in both Evanston and Morton Grove. As Oak Park’s permanent Chief Financial Officer, Drazner will manage the Finance Department which develops, maintains and administers all programs related to municipal finances and accounting such as audits, purchasing, financial reporting, budgeting, payroll, utility billing and pensions.