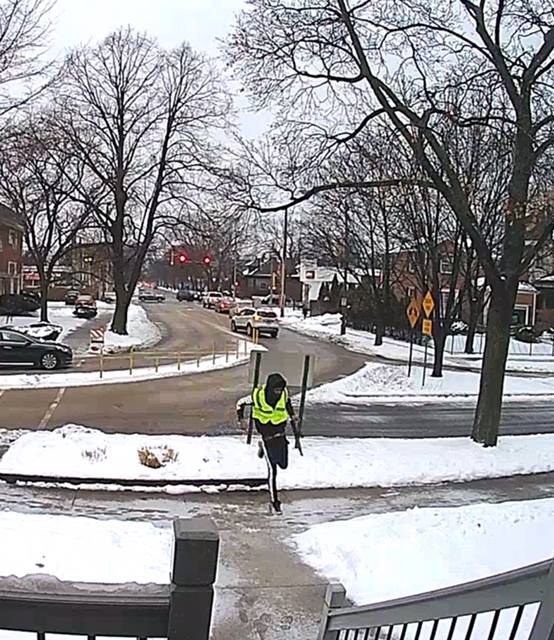 Two men were apprehended in Oak Park this morning after an incident that began in Chicago that ended with two men running through Oak Park, one of whom was carrying a rifle. Both men have since been arrested and were transferred to Chicago Police.

After gun shots were reported in Chicago, a vehicle that fit the description was seen traveling westbound on Jackson Boulevard in Oak Park just after 8:00 a.m. Oak Park Police followed the vehicle until it stopped at Jackson and Maple due to mechanical problems. The two suspects fled on foot, but both were caught shortly after by Chicago Police.

The suspect carrying the rifle was caught on video while fleeing police thanks to a resident’s Ring camera. Video of the incident can be viewed here. Anytime you see suspicious or criminal activity, make sure to let police know.  Emergency situations should be called in to 911. The Oak Park Police Department can also be reached through the non-emergency line at 708-386-3800 or the crime tip line at 708-434-1636.