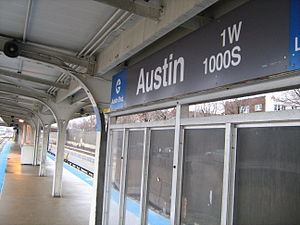 Police are investigating the death of a 24-year-old man who was fatally struck by a CTA Blue Line train on Tuesday evening in Oak Park.

The man’s body was found under a train at the Austin Blue Line platform at roughly 6 p.m. Dec. 1. It is unclear how he ended up on the tracks but the Cook County medical examiner’s office confirmed he passed away at the scene. Pending notification of the man’s family, his name has not been released.

Oak Park police are still in the midst of the investigation and have not commented on whether or not the man was looking to take his own life or if there was anybody else involved in the incident.

The Blue Line was shut down for two hours between Austin and Forest Park Tuesday night but has since resumed normal service. The CTA has not released any additional information about the incident.