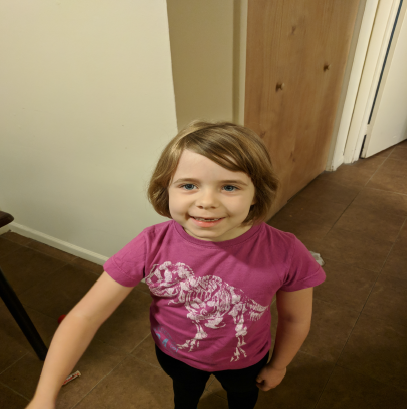 Oak Park police have issued an EMPA (Endangered Missing Person Advisory) alert for Zoe Stagmeyer, a missing 6-year-old girl who was taken during a court-appointed visit with her mother, Wendy Elizabeth Jarvis.

Stagmeyer was last seen with Jarvis at Wild Onion Tied House restaurant on the 1100 block of South Boulevard in Oak Park around 11:15 a.m. Saturday, Dec. 16. Police believe Jarvis fled with the girl without knowledge of the court visitation supervisor.

The court visitation supervisor told Oak Park police that Jarvis said she was taking her daughter to the restroom, but instead left with the child through a rear door from the restaurant’s kitchen. The supervisor said she attempted to follow them, but lost sight of the pair in the vicinity of Pleasant and Marion streets.

Zoe Stagmeyer is described as 6 years old, white, with blue eyes and dirty blonde hair. She is 3’4″ and weighs 45 pounds. She was last seen wearing a black quilted jacket, pink gloves, a black shirt with a heart on the front, black leggings, and black boots, according to police.

Wendy Jarvis is described as 41 years old, white, with hazel eyes and brown hair. She is 5’2″ and weighs 144 pounds. Jarvis was last seen wearing a black knit cap, a gray 3/4-length pea coat, and a green sweatshirt, according to police.

Anyone with information is encouraged to contact the Oak Park Police Department at 708-386-3800 or to provide information anonymously through Oak Park Crime Tips.