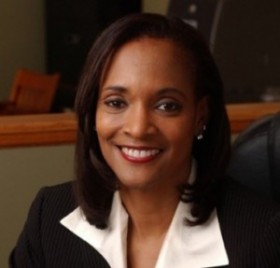 State Rep. and Oak Park resident Camille Lilly is co-sponsoring House Resolution 1021, which seeks to designate April 12 as Pay Equity Day in Illinois. By putting her name on the bill, Lilly joins 53 other state representatives who are seeking to raise awareness about the wage gap between men and women.

Recent studies show that women in Illinois earn 79 percent of what men earn while performing the same job. Rep. Lilly is taking action by highlighting the income disparity in our state through co-sponsoring House Resolution 1021.

“As we continue to fight for equal pay for equal work between men and women, this legislation will allow us to maintain our commitment to this cause,” said Lilly.

Lilly believes that by designating a specific day for the cause, April 12, it will not only raise awareness of the issue, but offer us a day to remember all the accomplishments so far that have been achieved. “It also provides us with an opportunity to look ahead with new efforts and action with the common goal of finally eliminating all pay discriminations between men and women for doing the same work,” she added.