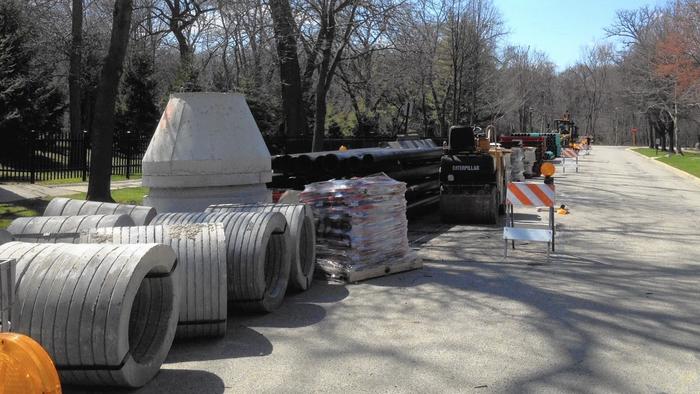 Limited funding and borrowing restrictions from the state led the River Forest Village Board to approve a bond sale to itself. The sale will help maximize its borrowing power in the future and go towards paying off debts.

The bond sale will circulate $382,300 into the village, according to Village Administrator Eric Palm. The money will be directed towards paying off a portion of its north side stormwater improvements. Palm also stated that the bond sale was made possible due to one debt recently being repaid. “This is related to property taxes,” he said. “We can only issue so much in debt. We had two bond issuances that were out, but one came back this year and was paid back.”

According to the village, a second active debt is estimated to be paid back by 2018. With both outstanding debts repaid, the village can expect the full borrowing amount to be available for any public use it desires. “In two years, another bond rolls off,” said Palm. “You have a great bang for your buck, so to speak, if you wait for the full amount [to become available].”

The debt will be issued by the village’s water and sewage fund, according to Palm. Money will be drawn from the village’s general fund and the debt will be paid back through property taxes. Palm wants to assure residents that there should be little to no change in their property taxes due to the borrowing plan. “Essentially, the tax rate in that regard will remain flat,” said Palm. “There won’t be any changes to that. We’re issuing a loan to ourselves. In two years, both bonds fall off and we have the full amount available.”