Casual seafood restaurant Surf’s Up is officially open for business after celebrating a grand opening over Earth Day weekend, April 20-22.

Popular menu items for Oak Park’s newest eatery include shrimp, lobster, po’ boys, fish tacos, fried green tomatoes, and even chicken wings. Following a great turnout over the grand opening weekend, the culinary team had the chance to prepare pretty much all of its menu items.

Surf’s Up is located at the former site of Felony Frank’s, 6427 North Avenue. Felony Frank’s Owner Deno Andrews used the business to employ ex-offenders but was forced to close the restaurant in November 2017 due to increasing costs with vendors that forced higher prices onto customers.

This is the third franchised location for Surf’s Up, the other two being the suburb of Maywood and Chicago’s Jackson Park neighborhood. Ever since Oak Parkers received word about the new location coming to the village, there has been a lot of enthusiasm from hungry locals eager to support a new business.

Surf’s Up is open 11 a.m. to 9 p.m. Tuesday-Thursday, 11 a.m. to 10 p.m. Friday-Saturday, Noon to 8 p.m. on Sundays, and closed on Mondays. In addition to dining hours, the restaurant also offers delivery by ordering online at SurfsUpRestaurant.com. 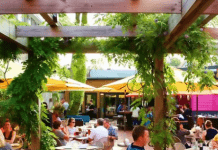 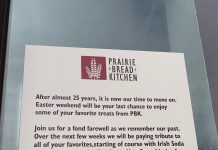 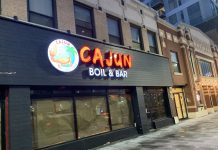