Tino Ganacias, Owner of The 206 Food Truck, has confirmed that his brick-and-mortar location at 818 S. Oak Park Ave. will open within the next 14 days, according to a report from the Pioneer Press.

“We’re pretty much done with the build-out stage,” Ganacias said at the Village Board meeting Monday. “I purposely chose that block over downtown Oak Park because I wanted to help build a business area and continue to grow that business area.” 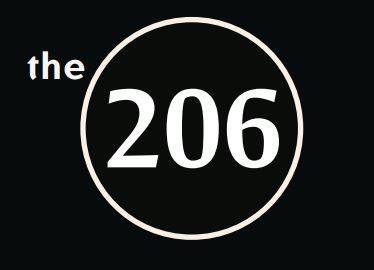 Over the past several months, the Seattle native has been selling coffee and waffles out of his food truck while proactively using social media to inform community members of locations and hours.

Now that The 206 has closed in on its fundraising goal, Ganacias is excited to be the new guy on the block instead of roaming street to street. The physical location gives Oak Parkers the opportunity to stop in any time they want rather than tracking down the location of the truck.

“I want to contribute to Oak Park’s infrastructure,” Ganacias said. “The waffle truck created a brand in the community that almost forced me to open a business here. The other businesses have been incredibly welcoming.”

The community has praised the efforts put forth by Ganacias to build up a business from scratch. “We need more people like you in Oak Park,” said Village President Anan Abu-Taleb to the Tribune. “Oak Park is open for business.”