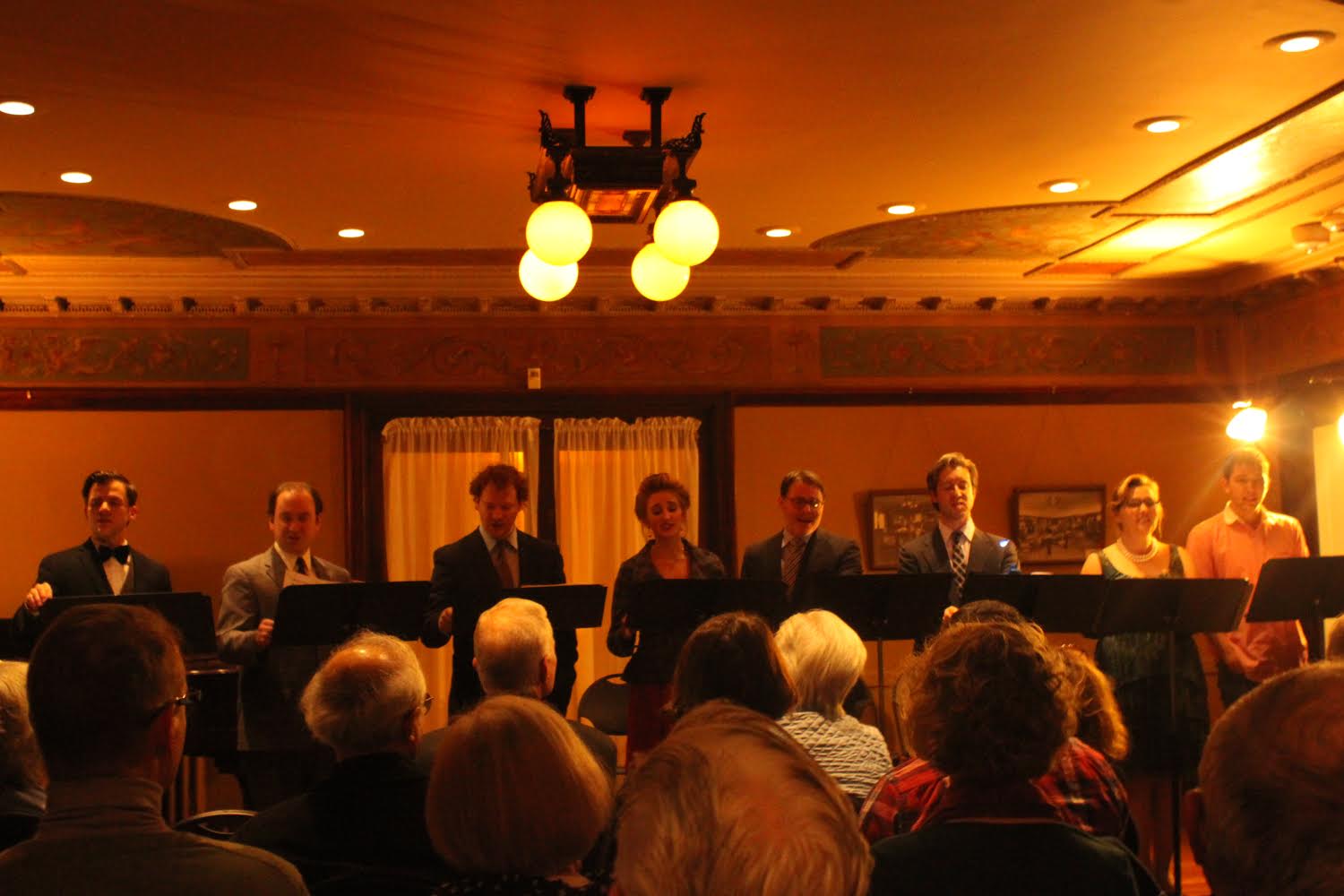 This past Sunday the Pleasant Home Foundation presented the musical The White City. The story takes us back to a time when Chicago was barely blossoming and figuring out if they wanted ketchup on their hot dogs or not. The city was still recovering from the Great Fire of 1871 when it was selected to host the 1893 Columbian Exposition, or more commonly known as the World’s Fair.

The White City was performed in Pleasant Home, an architectural wonder designed in 1897 by George W. Maher. The exterior and interiors of the building depicted the innovations Chicago’s architecture had to offer before the turn of the 20th century, making it a more than perfect location for the musical.

Walking into Pleasant Home felt like I went a hundred years in to the past. Majority of the employees assisting guest were dressed for the era—the men wore over-sized suits and bowlers, while the women wore aesthetic gowns and had their hair in huge buns topped off by a garden of flowers. At one point, I had to make sure my phone had not turned into a pocket watch—quite the culture shock. The house was packed with around 70-80 guest.

“Extra! Extra! Chicago to host the Columbian Exposition!” These were the first words to start off the show. A talented cast of 8 performers played various characters all throughout the musical. We followed the architect who led the project, Daniel H. Burnham, played by James Rank. He went out to prove to the world that Chicago could be the metropolis that will lead the country into the next century.

Burnham suffered through clashing politics and personal losses while constructing the fair. The song “Never Marry an Architect”, performed by Amanda Horvarth, who played Burnham’s wife, Margaret, depicted the architect’s struggle to dedicate time to his marriage while keeping up with the fair’s development. But when both of his best friends/partners in the project died during the construction, a song titled “Never Do Anything With an Architect” may have been more honest.

Accompanied by a couple of spectacular musicians playing the piano and cello, the songs were beautifully balanced between lyrics that captured the spirit of Chicago form the past, and music designed for the ears of the present.

The White City drowns you with Chicago pride. It transported guests through the rigorous journey Chicago took to become the great city it is now.