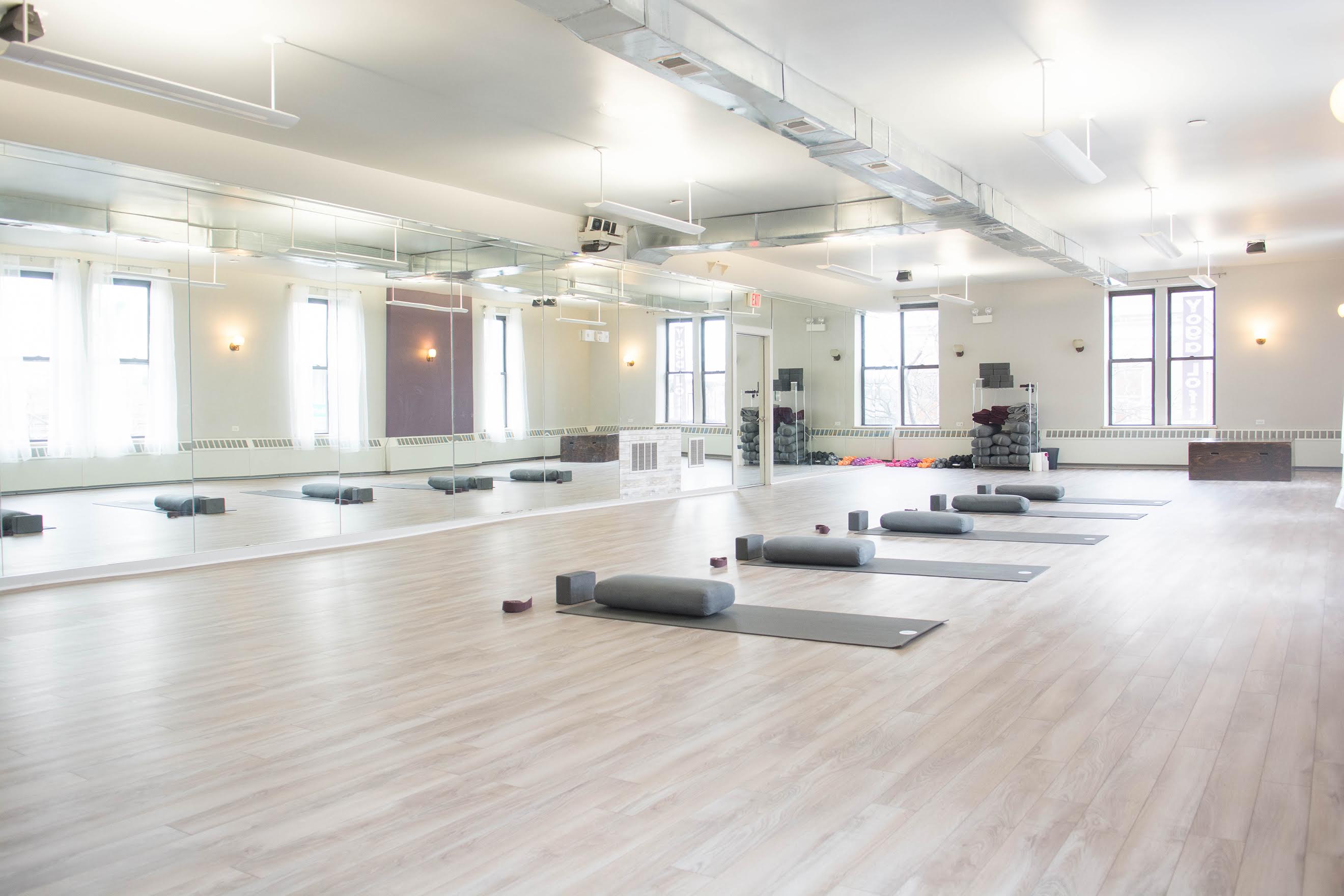 Yoga Loft, a teacher training and fitness studio based out of Chicago, opened a new location in the Hemingway District of Oak Park. The studio is currently offering limited classes, but a grand opening will take place in the first week of April.

Co-Owner Jill Jerome, a single mother and Oak Park resident, searched five years to find the right location for the small business’ second studio. Ultimately, she decided on the 2,500 square foot space at 105 N. Oak Park Ave., which was previously occupied by Bikram Yoga, according to a press release from Jenny Shepherd Public Relations.

“The space we wanted needed to reflect our studio’s personality, which is centered around bringing the community together in an intimate setting to breathe, play, laugh, find inspiration, and get a great workout,” said Jerome.

Yoga Loft is best known for offering a wide variety of authentic yoga including heated, non-heated, and restorative options. In addition to yoga, the studio offers non-yoga fitness classes, which are extremely popular in the downtown Chicago location, according to Jerome.

Yoga Loft began offering free limited classes in January as a part of the “soft opening.” Regular classes and pricing began March 1, and the studio is gearing up for an official Ribbon Cutting Ceremony and Grand Opening Party in the first week of April.

For more information, and to see a class schedule, visit www.yogaloftstudios.com or call 708-613-5321. Additionally, the doors are always open to community members to pop in for a cup of tea and tour the studio, which is on the second floor of 105 N. Oak Park Avenue, according to the press release.