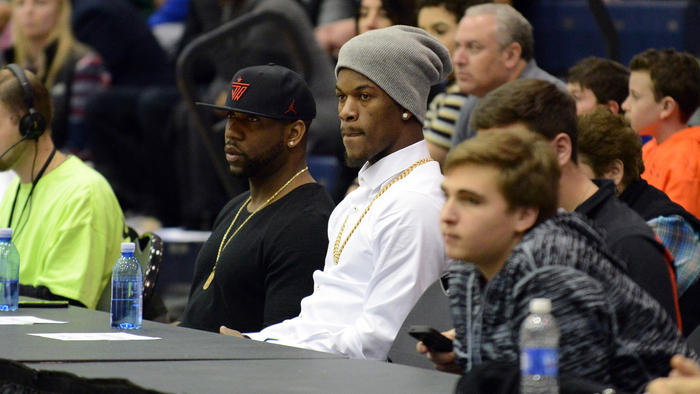 Saturday’s game featured an offensive onslaught by the Friars, led by senior point guard Mike Smith. Smith tallied a game-high 27 points with five assists in the 73-51 rout of No. 9 St. Joseph. The Friars received additional support from guard Quinn Fisher, 14 points, and Jacob Keller, who added 11.

Smith spoke in an interview with the Tribune about his reaction to Jimmy Butler sitting court side for their game. “It was very exciting to play in front of a Chicago Bulls player and have him watch me and for us to win the game,” said Smith. Teammate Quinn Fisher added about the importance of Mike’s contribution to the team. “We know what Mike is going to do every game, but when he finds us open and we are able to knock down shots, we are tough to defend.”

The Friars won the first meeting between the two teams, 52-42 on Jan. 28. The televised Catholic League championship game was played at DePaul’s McGrath-Phillips Arena.