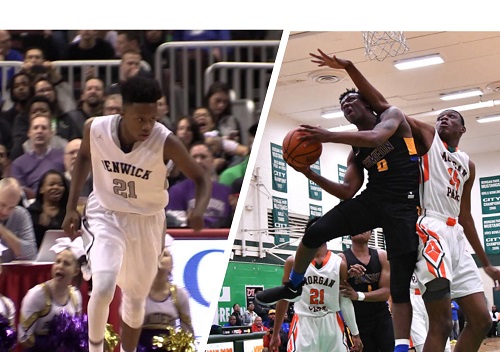 Led by versatile Sophomore DJ Steward,  Fenwick is 5-0 in league play with an overall record of 11-4. This is the second week in a row the Friars are ranked at number eight in the Sun-Times Super 25 Chicago-area basketball rankings. They fought their way back into the top 10 after a three-game losing streak in late November left them off the list earlier this season.

Simeon is 3-0 in league play with an overall record of 12-2. The Wolverines have held the top spot in the Super 25 for most of the season behind the consistent play of Junior point guard Kejuan Clements and Senior forward Messiah Jones.

The last time these two high school basketball giants met was last year on Martin Luther King Jr. Day. Simeon edged Fenwick 55-50 behind the high energy of a loud home crowd. The Friars are hopeful that playing in Oak Park this time around will be what the team needs to upset the top-ranked team in the state.

Tipoff is 3:45 p.m. Tickets are $10 and can be purchased by calling 708-386-0127 (limit four per caller). There will be no ticket sales on gameday. Fenwick High School is expecting a sold-out crowd for this highly anticipated matchup. If you are unable to make the game or purchase a ticket, it will be televised on WCIU- The U.

Feature photo courtesy of In the Gym Hoops & Chicago Sun-Times