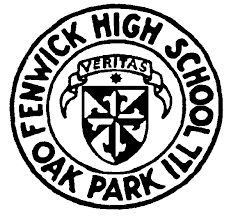 Fenwick High School officials have proposed a plan to install synthetic turf and lights at its field located on the corner of Harlem Avenue and Division Street in River Forest. The additions of turf and lighting would expand the amount of time during the day the field could be used, according to board of directors spokesman Dennis Marani.

Marani states that the addition of synthetic turf could eliminate the issues of the surface being frozen during the spring. He also says that the new lighting would accommodate during shorter days with limited sunlight in March and April, as well as September and October, during playoffs.

The proposal was pitched to the River Forest trustees on Feb. 8 by both Fenwick and the Dominican Province of St. Albert the Great, who leases the property to the high school. Although trustee member Thomas Cargie notified Fenwick and the Dominican Province about the importance of working closely with the neighbors. “Don’t surprise them, because the principal opponents are the ones affected by the lighting. The apartments across Division street – I would start hearing their concerns. People don’t like lights, unfortunately,” said Cargie.

Residents living within 500 feet of the perimeter of the field are required to be notified by Fenwick, according to Village Administrator Eric Palm. Fenwick has already conducted a lighting study with Musco Lighting to gain more insight about the effect it would have on the neighborhood.

Since one of the major purposes of the turf is to help the field’s drainage, Fenwick will also be required to work with the Metropolitan Water Reclamation District and village staff to ensure the field meets stormwater runoff and detention standards.

If all goes as planned, Marani says that the new turf and lighting will be installed by the spring 2017 athletic season.