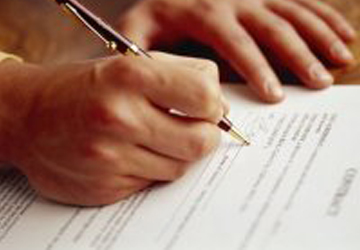 Regina Taylor, former clerk for the Cook County Recorder of Deeds, has been accused of federal fraud charges and could face over 20 years in prison with fines upwards of $250,000.

According to a statement from the U.S. attorney’s office, Taylor, 59, of Chicago accepted a $200 cash bribe on Oct. 23, 2012  to prepare a falsified real-estate deed on an Oak Park property. Prosecutors said Taylor backdated a deed by 18 months in attempt to add a new owner to the property. Taylor was told all current owners of the property were deceased and the person requesting this deed change was a “relative.”

This “relative” was actually an undercover law enforcement agent.

After giving the fraudulent deed to the undercover agent to get stamped at the Village of Oak Park, Taylor allegedly told the agent she usually charges $500 to prepare and record fraudulent documents, but was willing to charge only $200 this time.

Taylor further directed the undercover agent to bring back the stamped copy of the fraudulent deed so she could file it at the Office of the Cook County Recorder of Deeds, according to the indictment.

According to the U.S. attorney’s office, the indictment charges Taylor with one count mail fraud and two counts of wire fraud. The mail fraud charge carries a maximum sentence of 20 years in prison, a $250,000 fine and mandatory restitution. Each wire fraud charge also carries a maximum sentence of 20 years and a maximum fine of $250,000 or twice the gross gain or loss resulting from the offense.

Taylor is expected to be arraigned before U.S. District Judge Sara L. Ellis on Sept. 24.