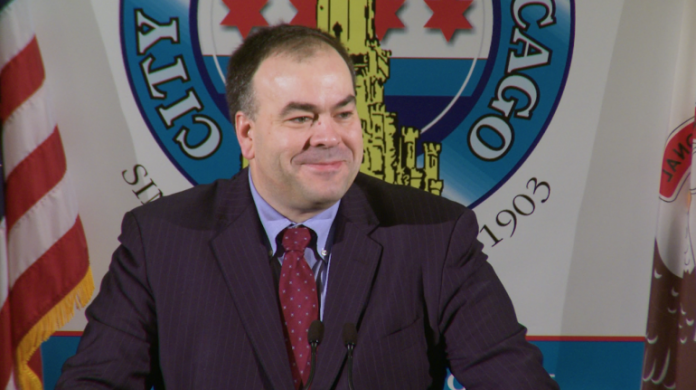 After receiving just over 45 percent of the vote, Fritz Kaegi beats out incumbent Joe Berrios and fellow candidate Andrea Ralia as the Democratic nominee for Cook County Assessor. Berrios conceded, telling his supporters “the results are the results.”

Kaegi, whose been an Oak Park resident for nearly a decade, ran his campaign on the principles of fairness, transparency, and ethics — traits he had felt the previous office didn’t embody.

“I learned in my career that people need confidence in those overseeing their assets and to know that they care about them and the impact of their decisions,” Kaegi said on his campaign website. “I am running to bring that same commitment to an office which desperately needs it.”

Kaegi also added that the “machine style” of old-school Chicago politics was no match for a campaign powered by the people of Cook County.

An asset manager at Columbia Wanger and a certified Illinois assessment officer, Kaegi remembers growing up in a progressive Hyde Park during the city’s Council Wars of the 1980s. “So much was at stake, people were energized,” he said in an interview with the Cook County Chronicle. “It gave us hope. It was a lot like now.”

This victory for Kaegi not only shakes up the Assessor’s office, but the Democratic party as well — with sights of reform on the horizon. But it won’t be easy, with roughly 1.4 million residencial packages requiring reassessment. It will take strategic tests and deployment of new valuation models for Kaegi’s win to gain some traction.

“There’s an exciting opportunity now to go well beyond just fixing what’s broken,” said Weissbourd, and economic development expert in an interview with ProPublica. “We could lead the way in developing 21st century governance — and revenue streams to support public works — which are more accurate and fair because they better engage and are more accountable to citizens and businesses.”

Kaegi, a husband and father of three, will compete in the November general election uncontested.