Whether it’s your first or tenth time celebrating Independence Day in Oak Park, you can expect to see a lot of patriotism, diversity, and maybe even Abraham Lincoln on the 4th of July.

The parade will begin at 10 a.m. at Longfellow Park, located at Ridgeland and Adams. Participants will march north up Ridgeland to Augusta, turning east to disperse near Whittier Elementary School on Harvey Avenue. Viewers will have plenty of space to stake out a spot along the mile and a half route.

Among the 75+ entries scheduled to march are social and special interest groups, police and fire departments, community groups, athletic teams, politicians, businesses and service organizations, children’s groups, animal lovers with their pets, and musical groups, according to the village.

Weather permitting, the fireworks show is scheduled to begin at dusk (8:29 p.m.) at the Oak Park-River Forest High School football stadium. You can enter the field at the intersection of East Avenue and Lake Street. Everyone in attendance is encouraged to bring blankets, chairs, and anything else you need to enjoy the pyrotechnics.

According to the National Weather Service, conditions look favorable for the show to take place without issue. Temperatures will be in the low to mid-80s and there is a very low chance of rain, although the sky will be partly cloudy. 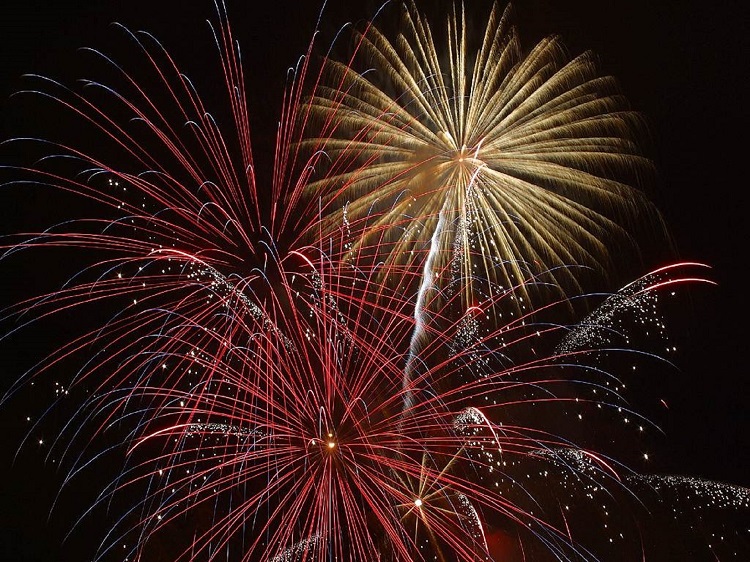 The Oak Park Police Department will have an increased number of patrol vehicles on the road over the Fourth of July holiday. The officers will be actively looking for impaired or unbuckled drivers, according to a statement from the village.

“We encourage local residents to celebrate Independence Day safely,” said Acting Police Chief LaDon Reynolds. “If you’re going to drink, don’t drive. Too many people die behind the wheel each year because of those who choose to drive impaired by alcohol or other drugs. Our officers will be out in full force, showing zero tolerance for impaired drivers.”

We hope you have a fun, safe Independence Day. And we hope to see you celebrating it with us Around Oak Park.