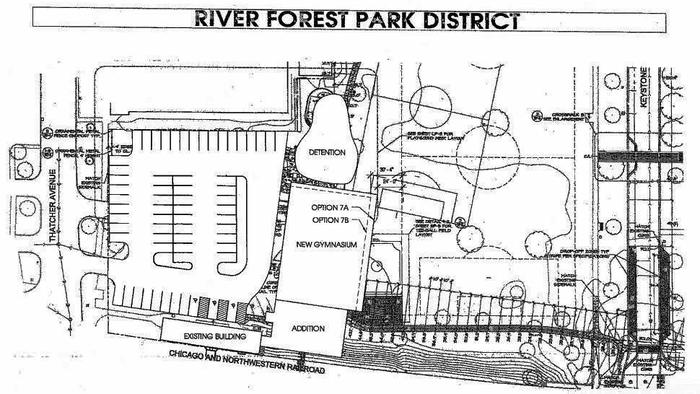 The River Forest Park District is planning to construct a new two-story, $5 million gymnasium at Keystone Park, but officials say more land is needed from the village to make space for the building, according to the Tribune.

River Forest’s Park District Executive Director, Michael Sletten, discussed the proposal with trustees at an Oct. 26 Village Board meeting to determine if there were any objections to the land swap.

“There’s no point in going on [with the proposal] until we know the swap is available,” said Sletten. “We don’t want to waste a ton of money on this thing.”

In addition, the gymnasium would also displace a T-ball field at Keystone Park. Sletten assures games in the future will be held at a field near Bonnie Brae Place and Lake Street, in an agreement with the Forest Preserve District of Cook County.

An agreement within River Forest, Oak Park and River Forest High School has been arranged to use their facilities for park district programs for the time being, states Sletten, although he says they are not enough to meet current needs.

“For the past decade, our program numbers have been rising every year,” said Sletten. “[The current agreements] work great, but ultimately the space we have available in those two partnerships is falling short, particularly in adult and senior services.”

The plan is already receiving scrutiny from some trustees. Members are not only concerned with the potential loss of parking spaces, but the space where the park district is proposing the new lot currently holds a small playground.

One trustee who is concerned with the loss of space, Michael Gibbs, says “I’m more inclined to save parks rather than parking spaces. I have less of a problem with the land swap verses losing the playground area. We can find parking somewhere else.”

Just north of the new gymnasium, Sletten says the tentative plan could also call for a stormwater detention area, but those plans could change.

“It could become a playground,” says Sletten. “We’re not sure what the Metropolitan Water Reclamation District would require so we’re talking worse-case scenario. Our hope is we could put tanks in there then we build over it.”

A combination of park district reserves and non-referendum bonds would finance the project, says Sletten, with construction being at least one year away.

The gymnasium is proposed to feature a two-lane walking track, a basketball court, bleachers, office space and bathrooms, although the project will ultimately have to pass the village’s planned development review process before breaking ground.