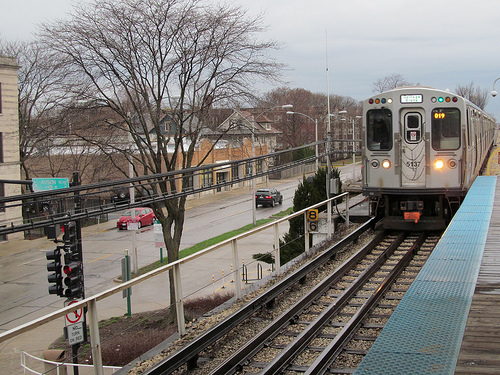 The CTA Green Line will undergo construction between the Laramie Avenue and Harlem/Lake stations starting March 2016, according to CTA President Dorval Carter Jr.

“Modernizing CTA’s infrastructure is a critical part of having a world-class transit system,” said Carter Jr. “This investment will allow us to continue to provide affordable, reliable service to the city’s West Side, where Green Line stations on the Lake branch had more than nine million riders last year.”

Trains will operate normally during peak rush hours until construction is complete. Crews will be working primarily during late night hours and weekends, when there are fewer riders, or when the Green Line is not operating altogether.

Construction will cost $13 million, which was approved by the Chicago Transit Board at a meeting on Wednesday (Dec. 9), according to a press release.

The last time the CTA Green Line received upgrades to its infrastructure between the stretch from Laramie to Harlem/Lake was in the 1980s. The CTA said that most of the rails are reaching the end of its useful life and have no other option than to upgrade for the safety of the passengers.