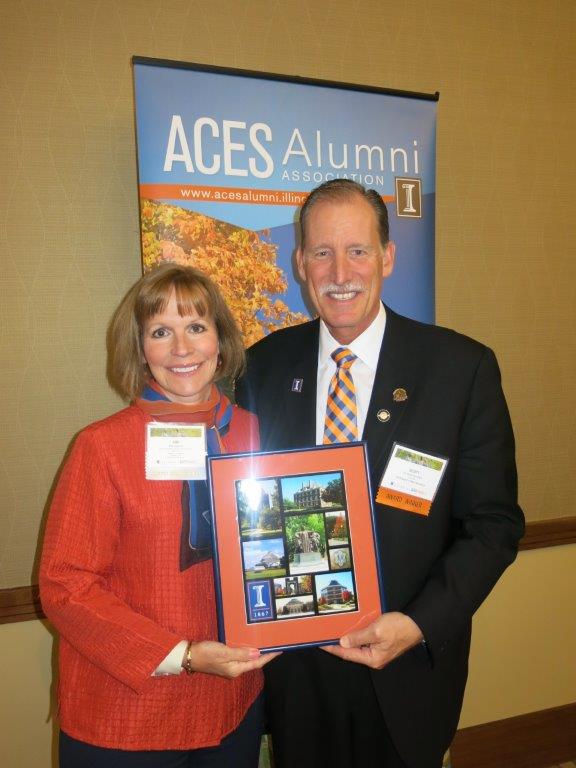 Scott McAdam, president of McAdam Landscaping and Oak Park-River Forest High School graduate, has received the Agricultural, Consumer, and Environment Sciences (ACES) Alumni Association Award from the University of Illinois at a dinner awards banquet on April 11. The recognition goes to the university’s activists who have demonstrated outstanding achievements and exceptional service to the college.

“It’s very gratifying to be recognized by an organization that you have so much respect for,” McAdam said. “I have a passion for my profession and the role that the university played in preparing me for my career. That’s why I was so moved.” 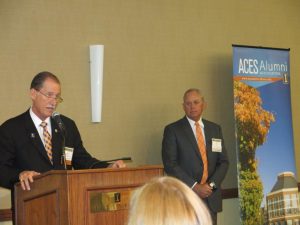 At the dinner awards banquet, McAdam also discussed the leadership of 150 students of the University of Illinois with the three other Alumni Award of Merit recipients.

A 1975 graduate of OPRF High School, McAdam was informed about his candidacy for an award in November, which was surprising to him, according to McAdam Landscaping’s press release.

“I was so taken aback,” he said. “I did not expect this, ever, in my life. I know people who have done so much and are so far beyond me in their involvement with the college. This ranks really high up there.”

McAdam Landscaping has been operating for 38 years and has won numerous industry awards. Among four alumni, McAdam was selected as ACES Alumni Association award of Merit winners of 2016 for his alumni leadership, service, and professional accomplishment.

“All I had to do was describe the situation and he would start solving the problem,” she said. “He’d say, ‘This is what we should do.’ He has a real-world experience and knowledge of the department and the alumni in that department.”

McAdam has been always involved in the landscape and nursery industries. In addition, he served as President of the Illinois Landscape Contractors Association (ILCA) and in 2001 received the ILCA’s Man of the Year Award.

The McAdam Landscaping’s press release recalled: “As much as he has appreciated those various honors, the ACES recognition was an extra-special distinction.”