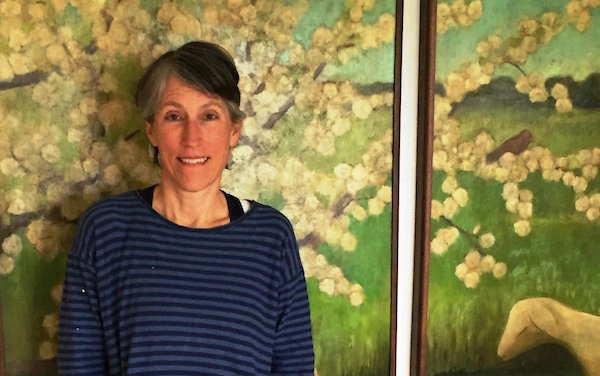 Renowned novelist Jane Hamilton will read from her latest novel, The Excellent Lombards, and reflect on her years growing up in Oak Park. The event will take place at the River Forest Public Library on Sunday, May 22.

Hamilton is regarded as one of the most successful novelists around. In 1989, she won the PEN/Hemingway Foundation Award for best first novel. Her piece, The Book of Ruth, was also a selection of the Oprah Book Club. Not long after, her second novel, A Map of the World, became an international bestseller and was eventually made into a movie.

The Oak Park native will not only speak at the event but also reminisce on the ties she has to the community. Hamilton plans on driving past her old residence on the 200 block of South Scoville Avenue and visiting her English middle-school teacher as well.

One piece of advice Hamilton gives to aspiring novelists is, ironically, “don’t take any advice,” she said. “There’s really no one who can tell you how to approach your own work. you just have to figure it out yourself.” She also mentioned that growing up in an age where the Internet and email were obsolete helped her focus more on her craft. Hamilton advises ‘disconnecting’ for at least a few hours before diving into your work.

Sponsored by the library and River Forest Township, Hamilton will also be selling and signing copies of her newest novel after the presentation. Seating is limited and will be provided on a first come, first-served basis.