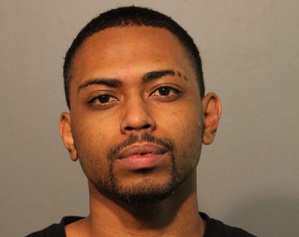 An Oak Park resident who was accused of first-degree murder in 2014 is facing new charges for the same crime after being arrested this week, according to Cook County prosecutors.

Tramian Barnes was out on bond after being accused of shooting 19-year-old Alex Anderson during a drug transaction in Jan. 2014. Police say Barnes has been linked to a new victim, 17-year-old Anthony Heatherly, who was shot and ran over in a car near the Taco Burrito King on the 5500 block of North Harlem, Chicago, April 4.

On that night, Barnes and his companion, Kenyetta Alexander, agreed to meet Heatherly with the intention of purchasing narcotics.

Assistant State’s Attorney Liam Reardon said that Barnes and Alexander got into Heatherly’s car during the transaction. It is alleged that Alexander shot Heatherly in the chest, then Barnes pushed him out of the driver’s seat, moved in position behind the wheel, and drove off.

According to surveillance videos, Heatherly’s body was dragged alongside the car for several feet before eventually being run over by his own car.

Barnes was held Wednesday without bail for vehicular hijacking, armed robbery and murder by Judge Maria Kuriakos Ciesal, according to a story reported by the Chicago Sun-Times.