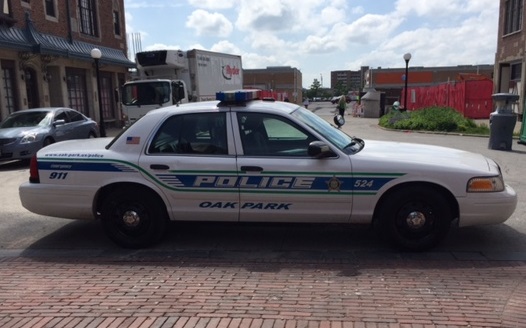 Oak Park police are investigating two incidents that involved verbal harassment of three pre-teen girls. Both incidents occurred within an hour’s time Tuesday (June 14) evening as the girls were walking along neighborhood sidewalks, according to a news release from the village.

The 11-year-old victim in the first incident told police a blue, four-door sedan travelling north on Wesley came up beside her from behind. The driver lowered down the window and asked if she wanted a ride, she said.

According to the news release, the girl, who was walking home from the Rehm Park swimming pool, said she screamed and ran to her home in the 500 block of Wesley. She described the man as white, about 25 years old, with blonde hair and a beard. She said he was wearing a rainbow-colored shirt.

The two 12-year-old girls from the second incident told police they were approached by a man on foot who asked them if they “wanted to hang out.” The girls turned away to walk into a residence on the 400 block of Harvey, according to police.

According to the news release, the suspect in the second incident was described as a white male in his 20s, about 5-feet, 8- or 9-inches tall with a slim build, short brown hair, and a beard. The victims said he was wearing a long-sleeved, possibly red and white shirt and beige pants. The suspect appeared to have trouble walking and slurred his speech, the victims said.

Based on the statements given by the three victims, police cannot say whether the two incidents are related. However, all three told police that they believe they can identify the suspect if they saw him again.

“These types of incidents are unnerving, but the victims clearly knew what to do and did it,” said Oak Park Police Chief Rick C. Tanksley. “I urge parents to make sure their children know to never approach an unknown adult under such circumstances and to immediately get to a safe place and call 911.”

Any Oak Park residents who have information about the identity of the individual(s) described are encouraged to contact the Oak Park Police Department at 708-386-3800 or email police@oakpark.us. Anonymous tips can be made by calling 708-434-1636 or online at www.oak-park.us/crimetips.