Prompt anyone to visualize an Oak Park street on a summer day and their vision will likely include vibrant greenery, thick tree trunks, sparkly stained glass windows on beautifully manicured Victorians and the bright green jacket of a runner zipping down the street. Okay, maybe that was my very specific observation this morning. 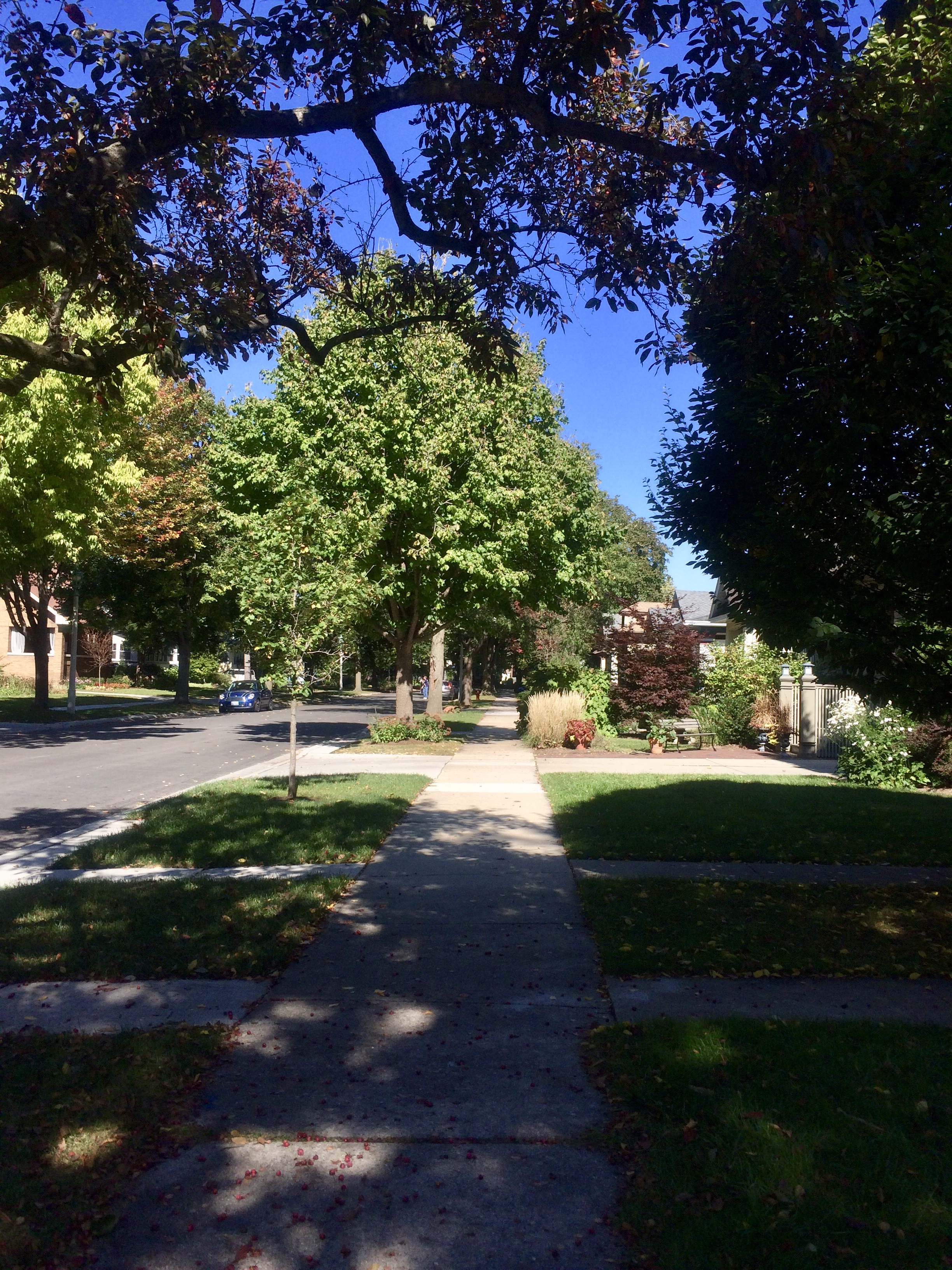 Oak Park may not offer lakefront trail access like other Chicagoland neighborhoods but the shady tree-lined streets provide the ultimate backdrop to put some miles on your favorite sneakers. A casual run around town affords a runner the opportunity to cruise past historic architecture that tourists travel cross country to photograph. Often times this involves the need to dodge a flurry of audio lanyard wearing tourists, but all the same, these sidewalks really were made for runners (the ones that aren’t torn up by tree roots anyways).

Here are some upcoming events and general musings that make the Oak Park community the ultimate runner’s playground:

1. Community Races – Oak Park organizes races throughout the year with some iconic events coming up this fall. The Park District of Oak Park puts on several races that pay homage to historical figures like Hemingway and Frank Lloyd Wright. Routes are always interesting and typically highlight thematically relevant streets or places.

Hemingway 8K & Running with the Bulls (last weekend)
The Hemingway 8k last weekend also featured a kid’s event referred to as Oak Park’s version of “Running of the Bulls”. Kids decorated cardboard “bulls” and ran around the park. Why do I feel like Hemingway would feel both honored and irritated by this allusion to his work?

Frank Lloyd Wright Run/Walk (coming up on Sunday, October 21)
A crisp autumn race with something for everyone, the FLW race features a 5K, 10K and Youth Mile for ages 7-14. New this year is the Flat Frank contest where runners and walkers can locate Flat Frank at various Oak Park establishments (all sponsors of the FLW race series), publically post to social media for a chance at winning free race entry. Instructions to enter and locations to score a selfie with Flat Frank are listed on the Park District of Oak Park’s website. Also new this year, kids that run the youth mile are encouraged to wear their Halloween costume. Spooky.

Good Life Race 5K
This one occurs in early April and is the first step in Triple Crown eligibility. Complete the Good Life 5k, Hemingway 8k and Frank Lloyd Wright 10k, and the Triple Crown award can be yours.

2. Running Clubs – It’s easy to sync up with other runners by joining groups like the Fleet Feet Run Club that meet every Monday at 6:30 for a group run (all levels are encouraged to join). The club dedicated last week’s run to cleaning up litter. You might have witnessed runners carrying bags, plastic bottles and other rubbish. It’s a practice called “plogging” and is a term rooted in Swedish that involves cleaning up trash while jogging. Helping fellow runners train to PR and eliminating litter from the streets – it doesn’t get any more noble than this.

3. Food Rewards – You haven’t lived as an Oak Park runner until you have set an early Saturday alarm and ended a long run at the Oak Park Farmer’s Market for a cinnamon sugar doughnut.